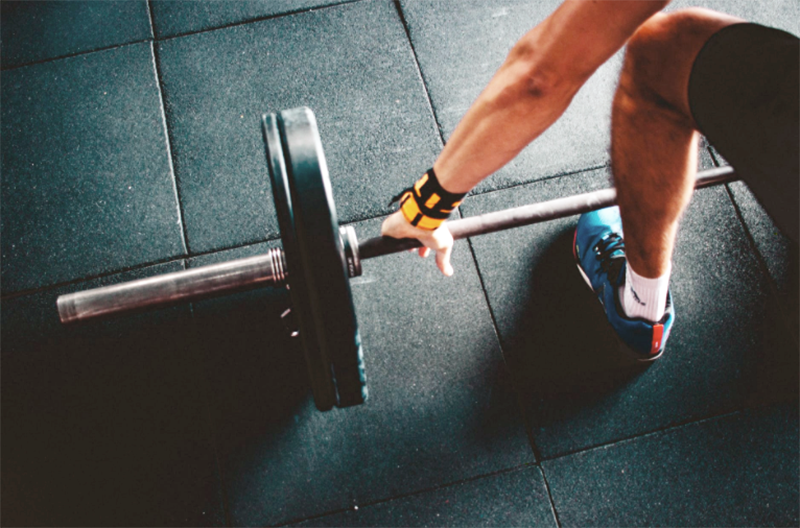 The need for Balanced exercises:

When men want to get fit, they tend to aim for weight loss in the stomach area and muscular definition in the biceps, chest and upper body in general.

To achieve these goals, men do little cardiovascular exercise, and a lot of resistance training — a strategy that Peter says is not ideal.

“Men need to participate in a balanced exercise program where they are involved in strength training that is for all the major muscle groups. They need to participate in some aerobic exercise, because that’s going to help them to expend energy and burn calories,” says Peter, who also notes that good nutrition is crucial to fitness success. “You need the whole package if you want to get optimal results.”

For instance, a man who performs many abdominal exercises may become frustrated because he is not able to obtain the “washboard abs” he desires. He may well have beautiful, washboard abs, but a layer of fat may be hiding them. “Until you lose body weight and body fat overall, people aren’t going to see the fruits of your labor,” says Peter.  He says there’s no such thing as spot reducing — targeting certain areas of the body for fat and weight loss. When people lose weight, it usually comes off all over the body.

To get rid of the flab and pound, Peter suggests choosing an enjoyable physical activity, even if it is not a traditional workout. The idea is to move the body, doing anything from running, hiking, walking, or martial arts. With any new or renewed activity, it is important to start slowly, gradually raising intensity. Starting out at a level that is too aggressive could cause pain, injury, and a sense of dejection.

Watch What You Eat:

Meat and potatoes have somehow been associated with manly men. “For some men, it’s a macho thing to eat a lot of red meat,” says Peter. “We’re supposed to be the hunters, and we bring home the deer and the elk.”

There is certainly nothing wrong with a juicy piece of steak, but overindulgence can be a problem. Diets that promote large amounts of protein and fat, like the low-carb diets, are really not the way to go. Men have a tendency to do that more. Low-carbohydrate and high-protein diets limit intake of particular grains, rice, potatoes, pastas, fruits, and starchy vegetables. They sometimes encourage meat and fat consumption to promote weight loss.

Studies show low-carb diets do help people lose weight in the short term. After a year, however, researchers found no difference in weight loss between the low-carb diet and the standard low-calorie diet.

Experts are still waiting for long-term data on low-carb diets. Critics fear the diets will have negative effects on the heart, particularly since fatty foods have been shown to raise risk of heart disease. Many of the restricted foods on the low-carb diet, such as whole grains, fruits, and vegetables, have also been shown to prevent cancer, and lower risk of heart disease.

To lose weight, Peter recommends a well-balanced diet, with emphasis on whole grains, fruits and vegetables. He says three servings of low-fat dairy can also be beneficial. Besides improving bone health, some studies show calcium may make it easier to shed pounds.

Instead of a beefsteak, try tuna or salmon steaks. A turkey burger could replace a beef burger. There are also vegetarian meat substitutes.

If this does not sound appetizing, try mixing healthy items into the meals you normally eat. For instance, a beef dish could be mixed in with tofu. “So you can get some of what you want, but not enough to hurt you,” says Peter.

Go to the Doctor:

Do you have a twisted ankle, back pain, blood in the urine, an enlarged mole, or unexplained sadness lasting more than a couple of weeks? These are all good reasons to see a physician. Yet plenty of men simply don’t do it.

Men make 130 million fewer visits to the doctor than women do, and that’s not including childbirth visits, says Peter from a recent article he read, “Father for Life”. He says men tend to discount pain and see themselves as indestructible, especially at younger ages. He says this general thinking stems from ideas promoted in childhood — that big boys need to be tough and they don’t cry. As men grow up, they are raised to think of themselves as providers and protectors.

“We’re supposed to be taking care of our families, and we just don’t have time to take care of ourselves,” says Peter, noting a great percentage of the time men go to the doctor because their wife sent them. By the time they go, however, their condition could have progressed to more troublesome stages.

Promise yourself that if something doesn’t feel right, you’ll go to the doctor, Peter tells men.

Besides treating ailments, a medical practitioner can screen for potential problems, and keep a record of normal fitness levels. Health exams can give doctors a baseline for things like blood pressure, and cholesterol. If a man does not go to the doctor, it becomes harder for physicians to determine the severity of a problem.

A need for Balance; Checklist for Men:

I recommend the following screening tests for men:

•Cholesterol Checks. Have your cholesterol screened at least every five years, starting at age 35. Have it done at age 20 if you smoke, have diabetes, or have a family history of heart disease.

•Blood Pressure. Have it checked at least every two years.

•Diabetes. Have a test done if you have high cholesterol or high blood pressure.

•Depression. Talk to your doctor if you’ve felt sad for two weeks straight, and have had little interest in normally pleasurable activities.

•Sexually Transmitted Diseases. Ask your doctor whether you should be screened.

•Prostate Cancer Screening. Talk to your doctor about the risk and benefits of performing the prostate-specific antigen test, or the digital rectal exam.

Peter says it’s also a good idea for men to give themselves a regular visual exam, taking inventory of how they feel and look.

For more information on screening tests for men, check out WebMD’s Health Checklist for Men Over 40.

Giving the nicotine habit the boot is one of the most popular resolutions for both men and women. It is a difficult task, and for some people, success does not come until after multiple tries.

Experts say the best way to deal with the problem is to get help. You get no extra points for being macho.

There are a number of resources for support. You may visit your primary care doctor and/or join a smoking cessation program in person, online, or by phone. You may consider medication, or nicotine replacements such as patches, gums, sprays, inhalers, and lozenges. Or you may contact groups.

I suggest, face-to-face support groups. The personal interaction, he says, can help raise accountability, and can provide vital social connections.

“You can describe and talk about what your issues are with regard to your smoking cessation, and you’ve got other people who may be able to give you some hints and suggestions as to what they’ve encountered,” says Peter.

A relapse is a real possibility, but it’s important to look forward and avoid negative thinking. “Don’t give up,” says Peter. “Don’t get yourself in a defeatist attitude that you can’t do something. Let’s talk about what you can do.”

If one smoking cessation method doesn’t work for you, try another one. You may also consider different support groups as some may work better than others.

Don’t forget that you can also enlist the support of family and friends. Many former smokers have found loved ones as a vital source of encouragement.

Got stress? Who doesn’t? Men have their lion’s share partly because society hasn’t given them the freedom to process pressures that well, says Peter. “A lot of times men will hold things inside … they won’t talk about them.”

The pent-up negative feelings can cause feelings of anger and hopelessness, promote destructive behavior, or manifest themselves in physical ailments. Research shows stress can have adverse effects on the cardiovascular, nervous, immune, and digestive systems. Peter suggests exercise as a “masculine” way of relieving tension: “If you’ve had a stressful day and you work out, you burn off stress hormones.” It also helps to identify what is causing the stress, and try to deal with the issue, says Peter. Sometimes, he says this may mean talking to your girlfriend, wife, or a minister.

If none of these methods work, talk with your doctor, or a psychologist.